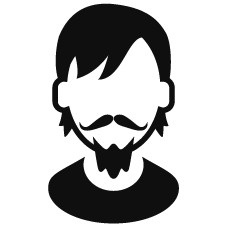 Hi, my name is Freddie. This is my blog about hiring heavy construction equipment. A couple of years ago, I invested in a piece of land which had a derelict factory on it. I hired a project manager to help me to plan for the demolition of the building and the construction of a new house on the site. One of the first things we needed to do was to hire the right equipment and people for the job. In the end, we hired a large number of cranes, excavators, and dumper trucks. I started this blog so I could pass on everything I have learnt about hiring and maintaining heavy construction equipment.

Verify (if possible) the last date of use

It is a good idea to investigate when it was last used and if possible what material was (or is) stored in the tank. This can help you to plan a safe removal and minimise the chances of an explosion. You may be able to get some indication from your local council if there were permits associated with subdivision or rezoning.

Remove tank from site (if possible)

The safest way to deal with a buried oil tank is to seal the tank at both ends, then hire an excavator and remove the entire tank to a safe location to be decommissioned. Tanks that have not formally be decommissioned can often have residual levels of flammable materials in the tank and associated pipework or built up sludge that can emit toxic odours when exposed to oxygen. Some tanks may be in a rusted out condition so it's a good idea to get a professional assessment of the tank condition before removal, so the chances of explosion or leakage are minimised.

If the tank is in such a poor condition it cannot be removed from the site, a professional company should be called in to purge the tank of gases and then remove the tank in pieces. This is more complicated and will require specialist excavation equipment.

If the tank has been leaking then you will also need to remove contaminated soil from around the tank site and fill with clean soil. An environmental consultancy can perform soil testing around the site and let you know the volume of soil that needs to be removed and refilled in order for the site to be able to use the site for other purposes such as building.

If you need to remove a buried oil tank from your block of land you should get some professional advice from a tank removal company and an environmental/soil testing company to see which steps need to be undertaken. Hiring an excavator can make it easier to remove the oil tank and rehabilitate the land.